Is Kate Bosworth Related To Brian Bosworth? No, He’s Not Her Father

Sharing a relatively common surname that is derived from Market Bosworth, a small market town and civil parish in western Leicestershire, England, and Husbands Bosworth, a large crossroads village in South Leicestershire, many fans believe former professional football player Brian Bosworth is Kate Bosworth’s father. However, there is no known relation between the two celebrities. 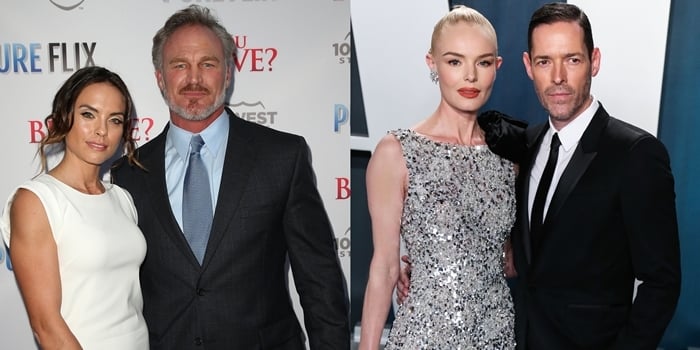 Brian has three children named Chase, Mark, and Hayley, with his high-school girlfriend, Katherine Nicastro, from whom he divorced in 2006. Kate’s father is Harold Bosworth, a former executive for Talbots.

Known for her beautiful eyes, Kate Bosworth looked vintage chic at the 2015 British Fashion Awards held at the London Coliseum. 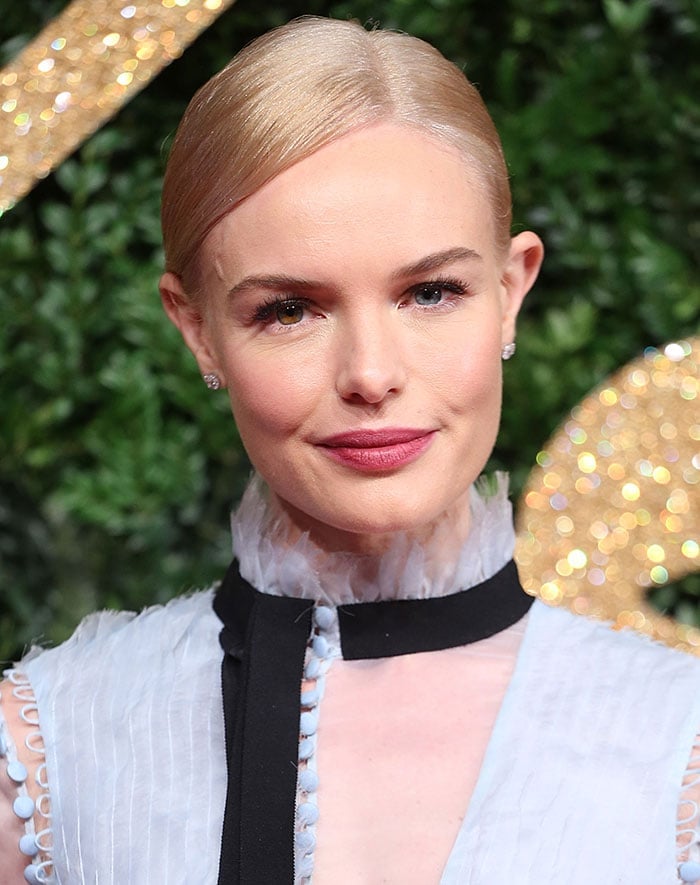 Kate Bosworth wears her hair back at the 2015 British Fashion Awards held at The London Coliseum on November 23, 2015, in London, England

Never one to play it safe, the then 32-year-old actress and model wore a unique light blue semi-sheer dress from Erdem’s Spring 2016 collection.

The dress — with diagonal waterfall detailing — drew eyes with a plunging neckline under a sheer overlay, long sleeves, artistic fraying, and seams lined with button detailing. 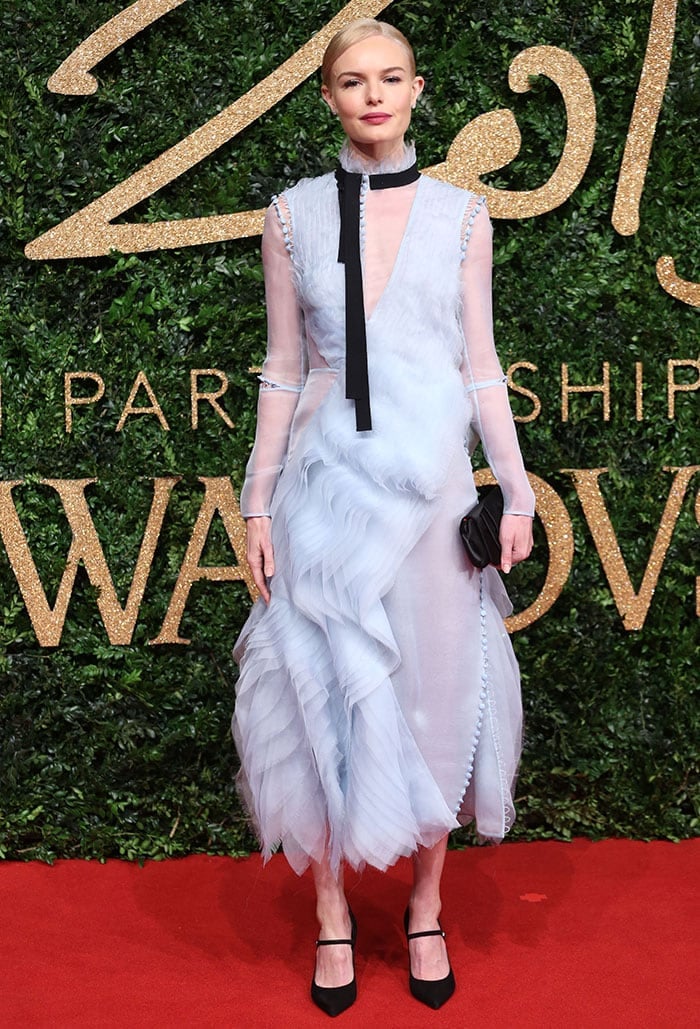 The Blue Crush actress bravely pulled off the tricky and intricately designed Victorian-style dress, which might not suit the tastes of everyone.

She matched the unusual ribbon collar of the dress with a black Christian Louboutin clutch and a pair of black pumps from Tabitha Simmons. 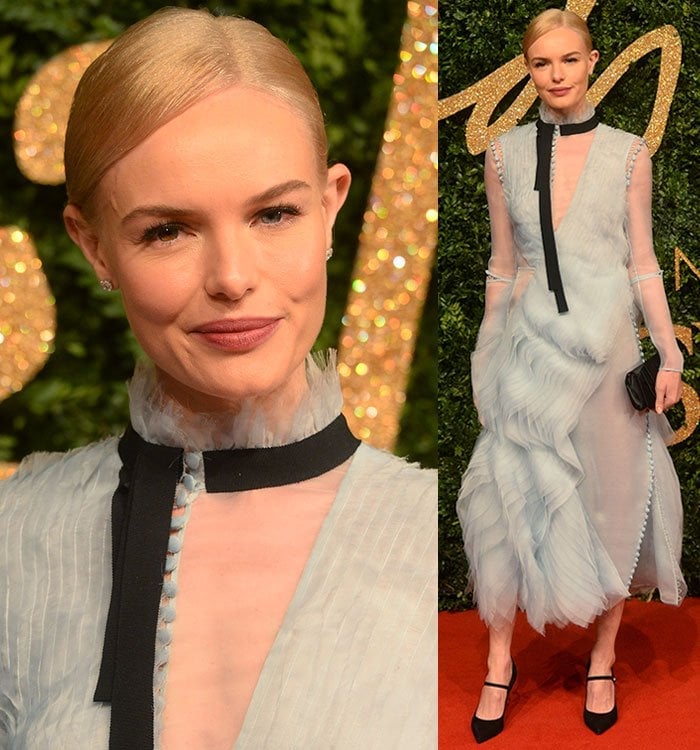 Kate completed her look by wearing her blonde locks in a side-swept bun hairstyle and sporting a soft makeup look with deep pink lipstick. 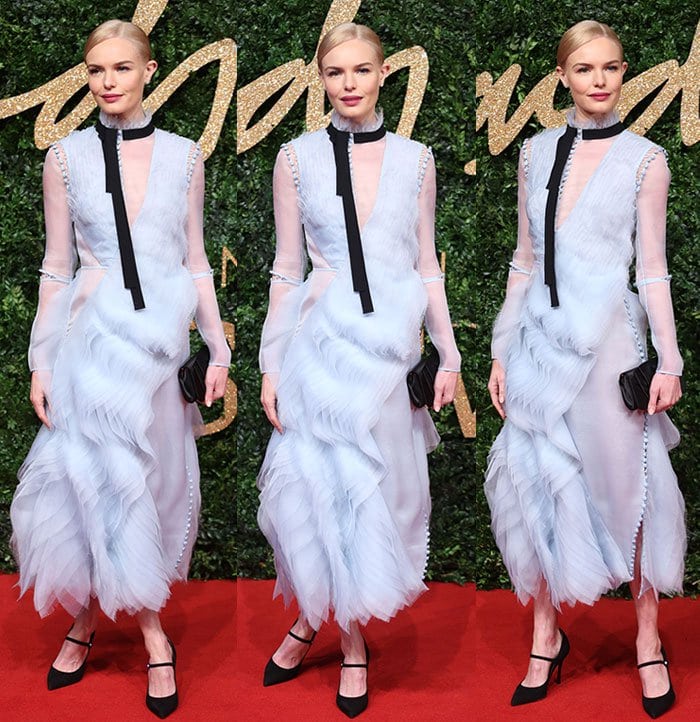 Cheryl Fernandez-Versini, Lady Gaga, and several other A-listers were also present at the event. 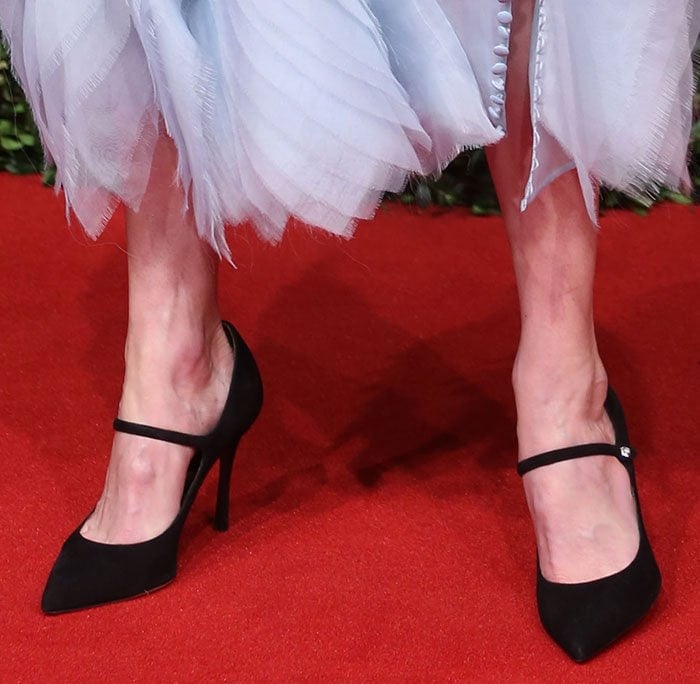 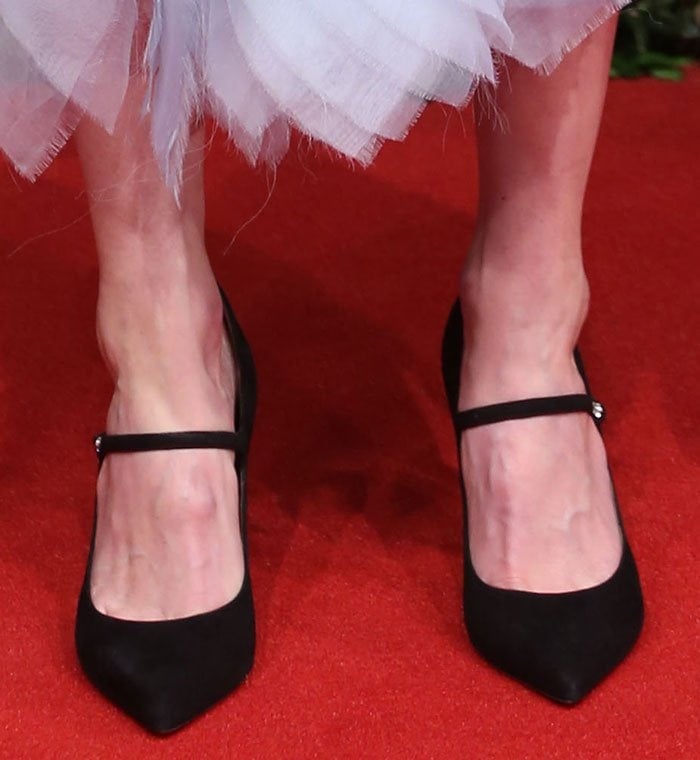 Kate Bosworth shows off her feet in black Lula heels

You can get these pumps in black or red at Net-A-Porter, Shopbop, and Farfetch. 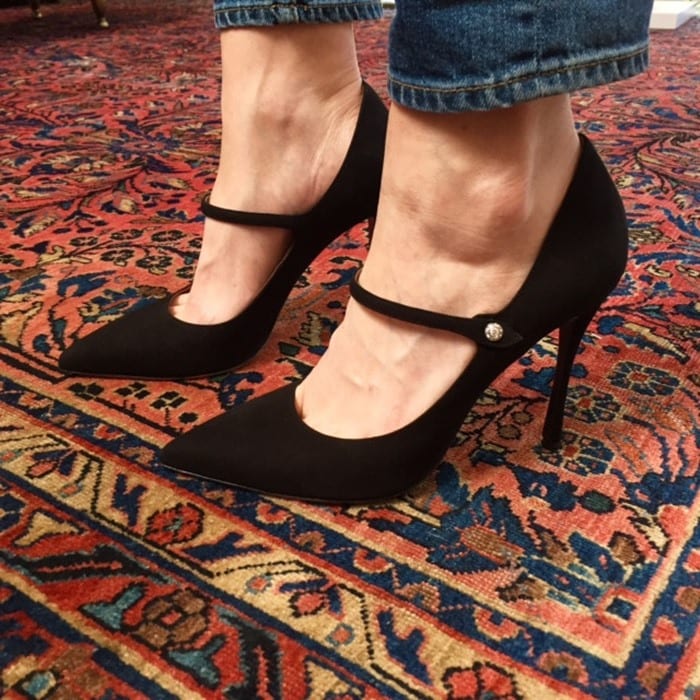 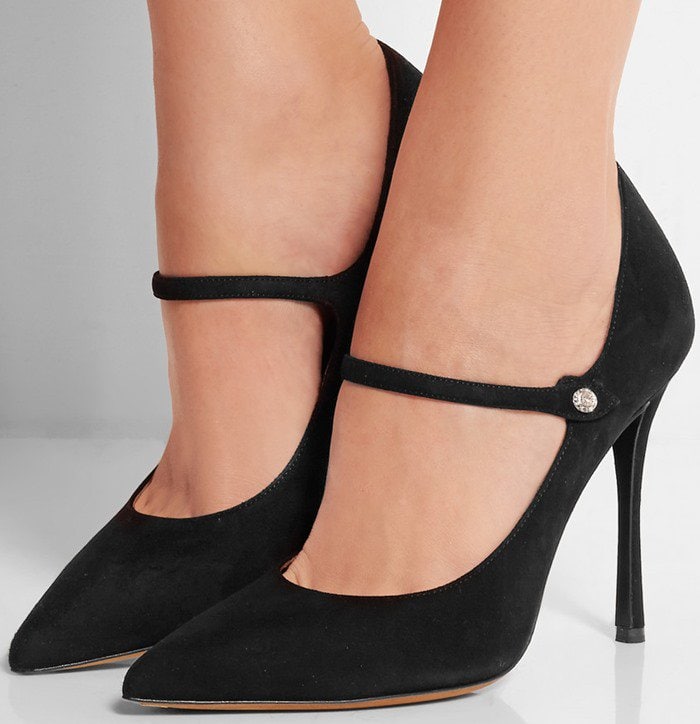 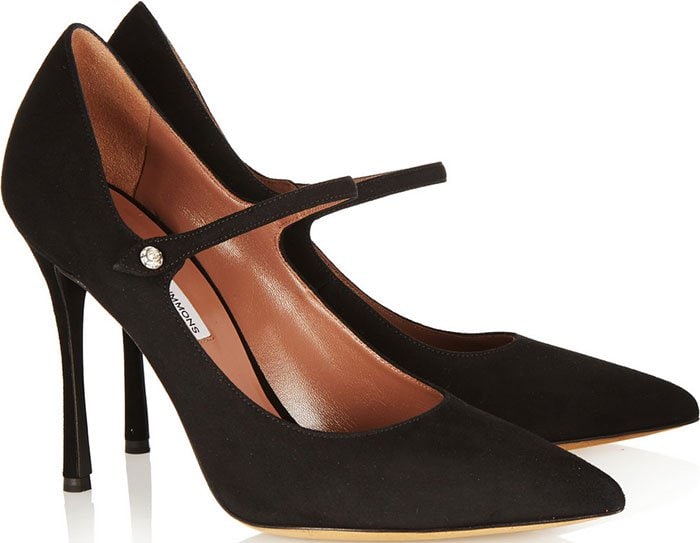 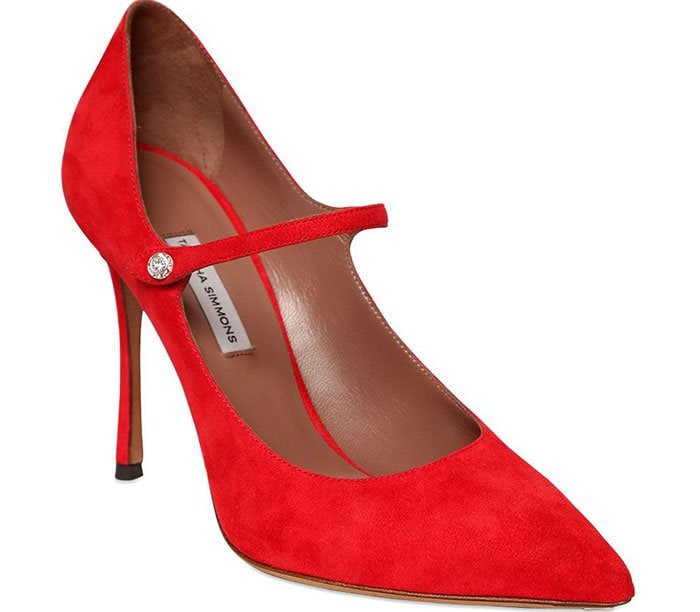